A great article from The Third Metric: Redefining Success Beyond Money and Power

Behind the Scenes of a Logo: The Flight Deck

On August 28, 2013, I met with clients (who are now good friends), Anna Shneiderman, Amanda Bornstein, and Amy Sass from the Ragged Wing Ensemble at Bittersweet, the Chocolate Cafe. We knew it was destiny to work together!

I took photos of the outside of the space to get an idea of the area and its surroundings where the logo would be showing up.

Ragged Wing gave me iterations of the logo they had procured from 99Designs (can be a way to generate a lot of ideas, but not often a way to get a final logo or design). We talked about how the new logo needs to reference the Ragged Wing logo, but make its own, independent statement.

I poured over 1000s of fonts… what are we looking for?… It’s an intuitive process. Feeling into the client, the larger picture, a balance of strength of statement and fluidity. The logo needs to connote an inspirational and purposeful container for artists.

Amy Sass and I look over font finalists together and idea sketches at Local 123. Yes, and we have a good time in the process!

Some final designs were submitted to a few members of the public and the board for feedback.

Very close to the final logo! Playing with tweaks to the foundational design using pads of tracing paper.

The Flight Deck is a black box container of light and dark that’s ready to take off; it fosters the launch of imaginations. It acknowledges the rough qualities of the artistic process, has movement, and lithographic qualities hearkening to Ragged Wing’s aesthetic. There’s a slight hearkening to a flag, a banner we can all raise in praise and inspiration to embolden the birth of new arts and explorations for the city of Oakland and yes, the world. 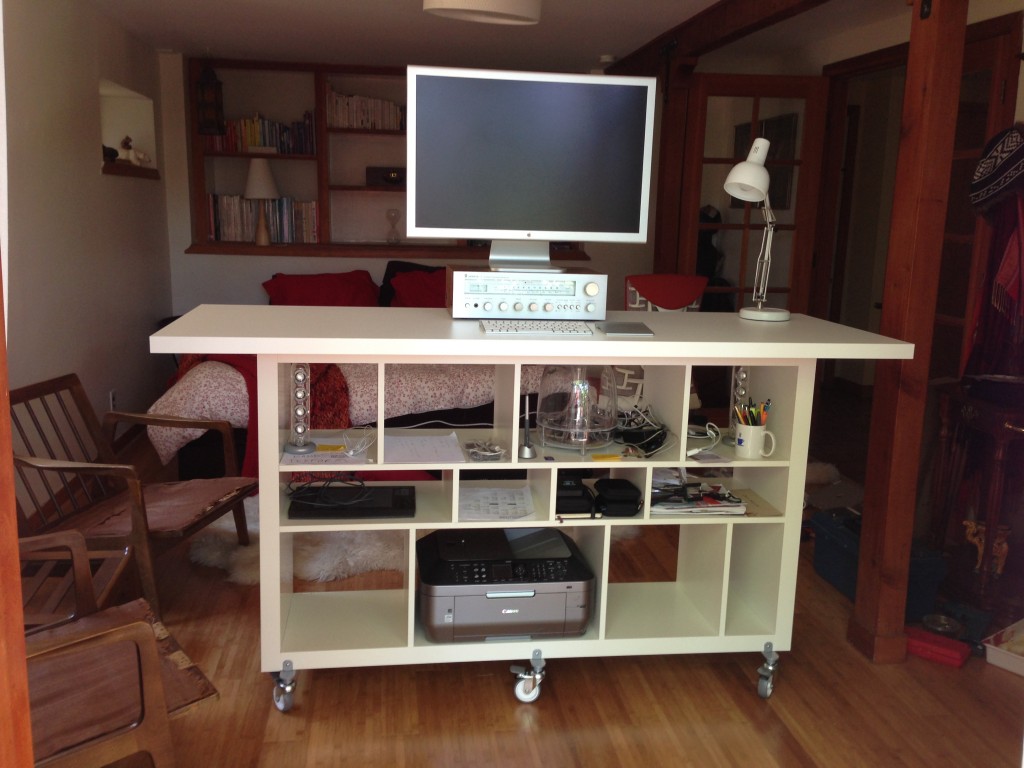 I’m loving my new IKEA hack workstation. Because of the weight of the kitchen countertop, it wasn’t necessary to drill holes through the countertop to bind it to the shelving unit. Instead, my brilliant friend Eric Friedman suggested using a non-slip rug pad to make sure the countertop doesn’t slide off the shelving unit while rolling it around on its casters. It’s still a good idea to be extra careful while rolling but seems to be working well so far. 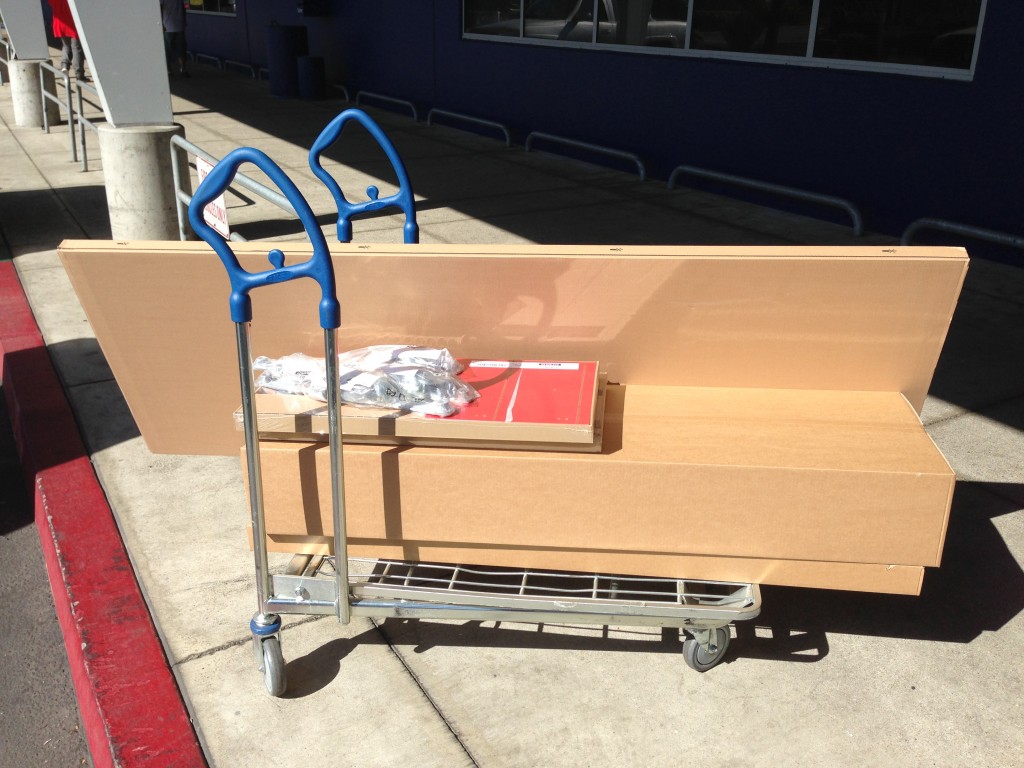 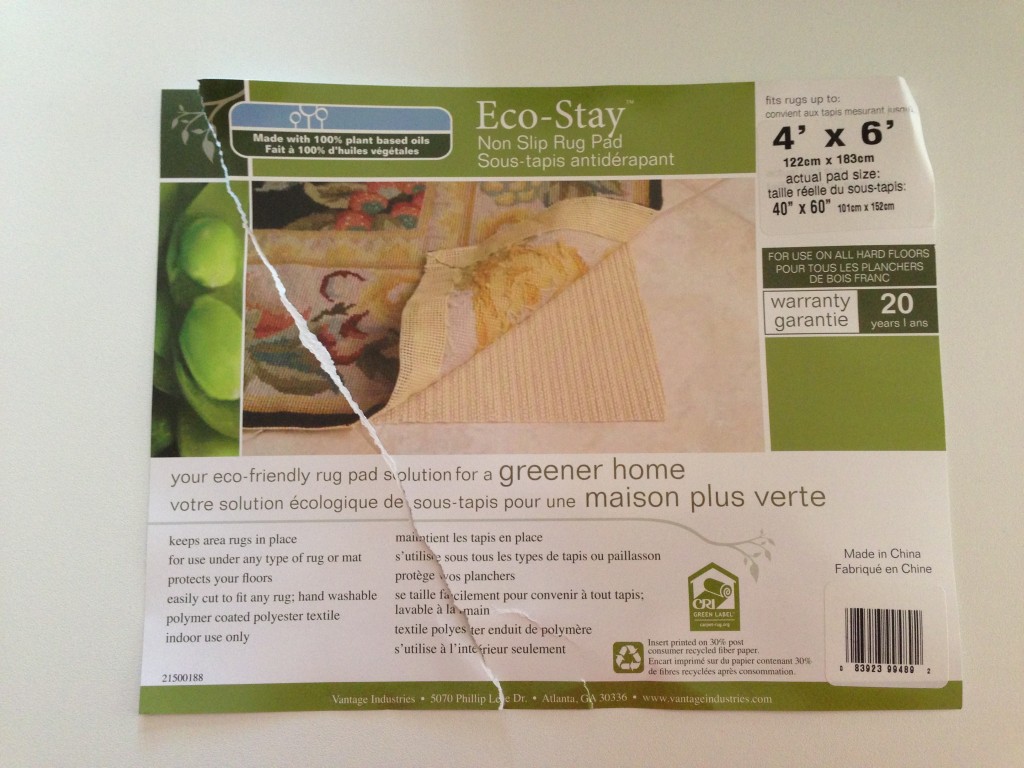 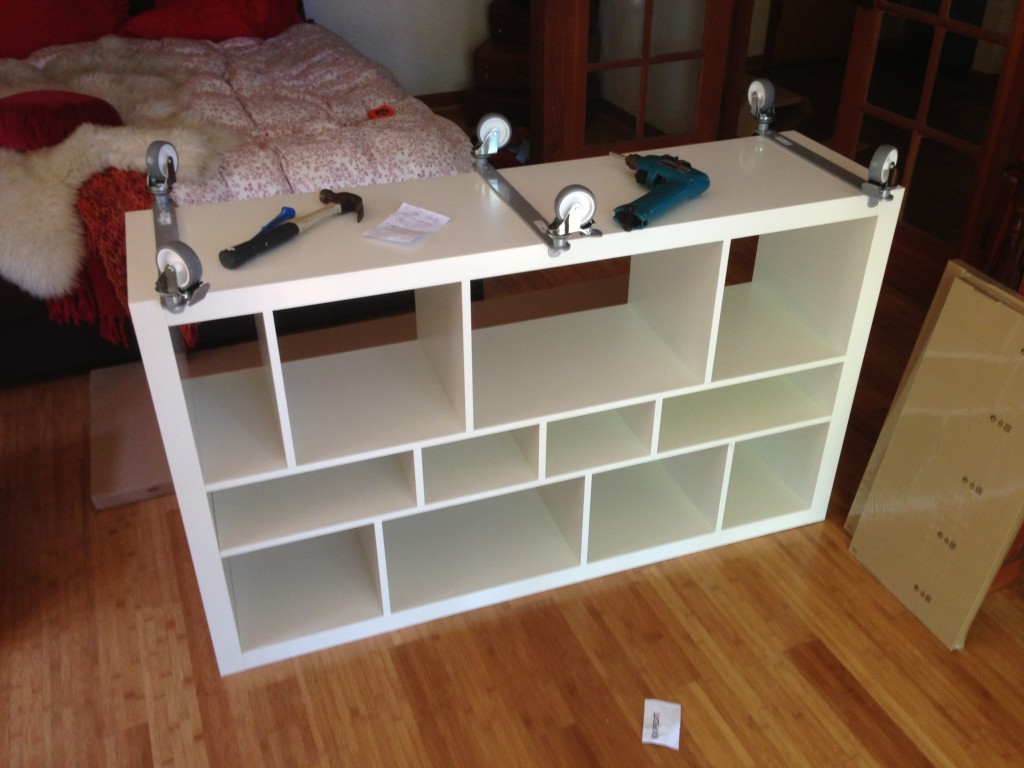 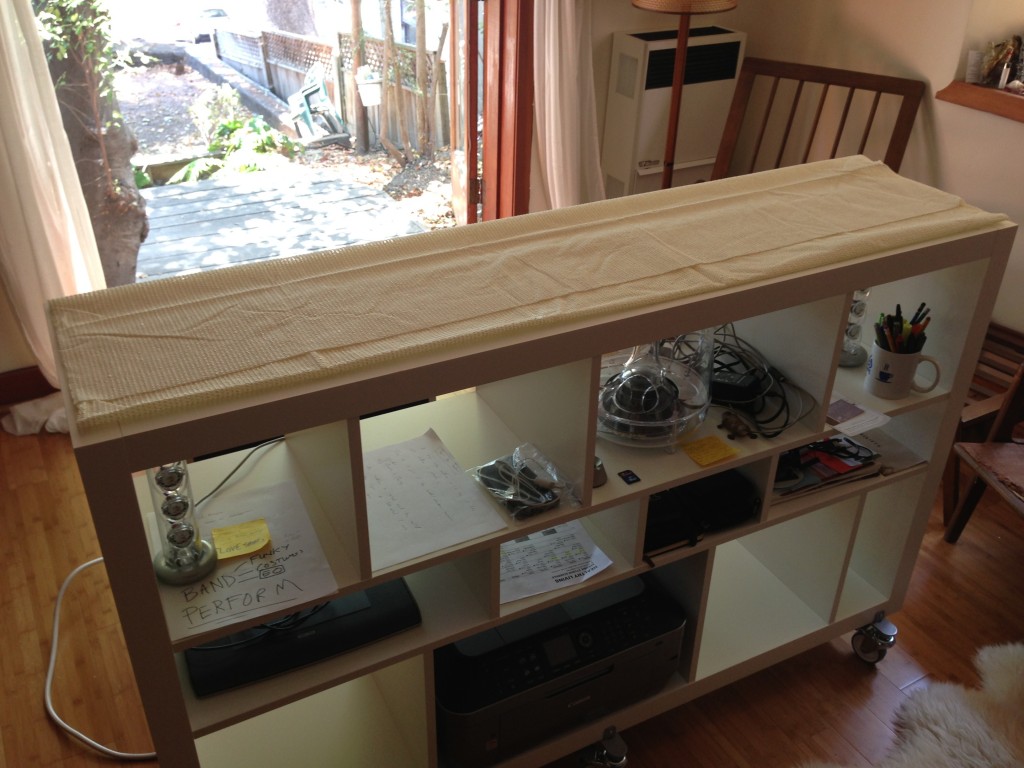 Place kitchen countertop on top of shelf. Eric Friedman (pictured) and I placed mine a bit off center so weight of monitor would be more centered over shelves. (Yes, of course you’ll remove it from the cardboard packaging.) 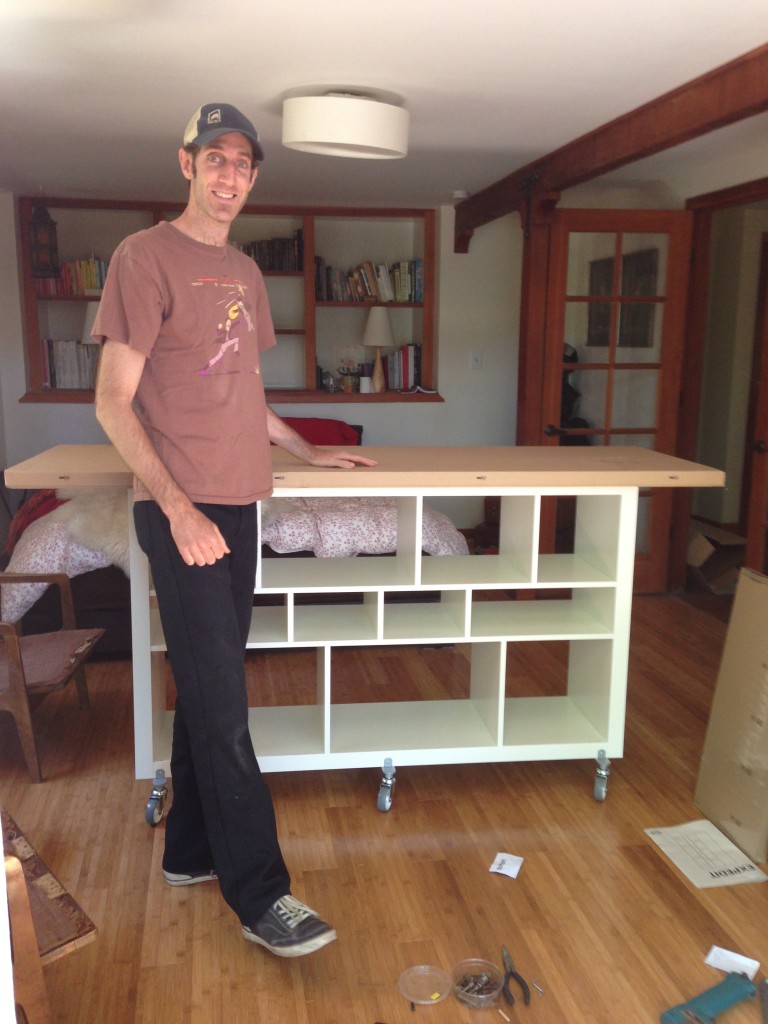 And it tucks away into the nook in my apartment, ready to roll out when wanting a change of scenery or lighting or to watch a movie from bed. 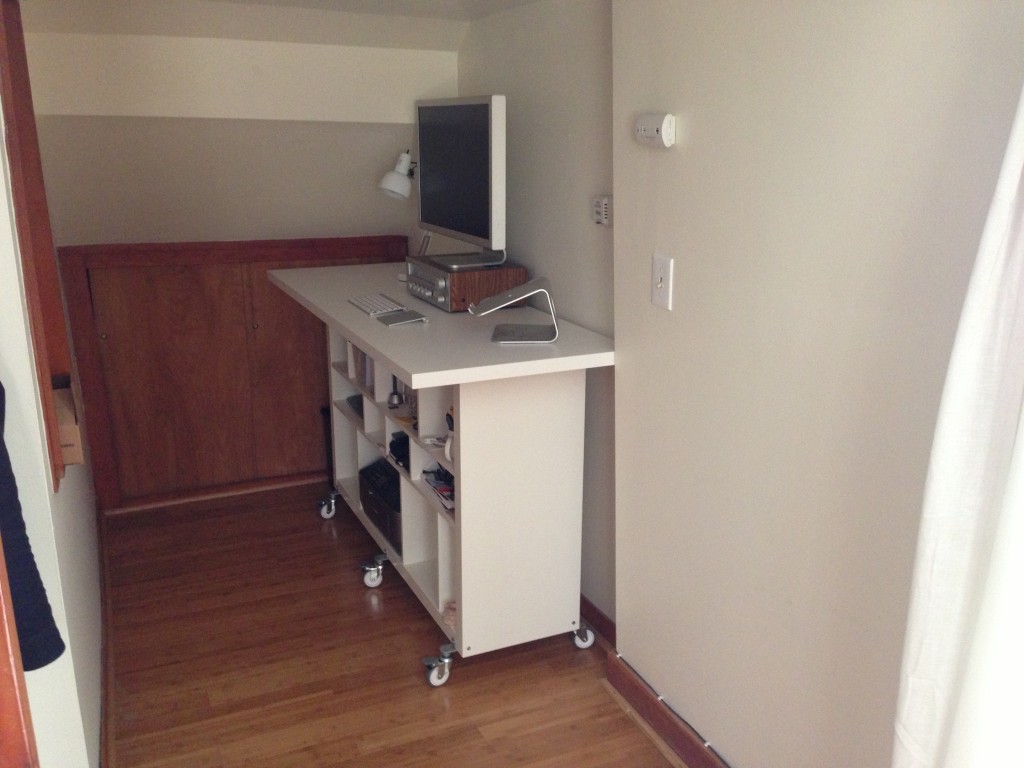 “For some time, American society has viewed play as kid stuff; it’s been dismissed as trivial or marginalized as the territory of those lucky enough to work in creative fields or the arts…” Read the rest of the article here

At Ask.com they’re embracing the power of improvisation to fuel creativity and teambuilding. Here’s a quote from the full article here:

So rather than just do one or two sessions and call it the end of training for top brass, Leeds took the improv idea to the next level. Kavanaugh says Ask’s intranet has a log of exercises and videos so every person in the company can use it. “Doug doesn’t do anything in a small way. We made this a pillar of culture and every Friday we are training this muscle with a repository of tools,” she says. Meetings often start with improv warmups and new hires are encouraged to participate in sessions, too.

29 Ways to Be Creative